To share your memory on the wall of Robert Moseley, sign in using one of the following options:

Print
Clifton Park – Robert H. Moseley, 77, passed from this life on Friday, April 16, 2021 at Ellis Hospital with his kids by his side. Born in Willsboro, NY on August 8, 1943, he was the son of the late Henry and Mary (Zapotocky) Moseley.

Robert grew up in Watervliet and later graduated from Colonie High School once he and his family moved up the hill. He dedicated many years of his life to working on the railroad as a Track Supervisor for Gilford Transportation. He commuted to Massachusetts daily and always worked very hard to be sure he could provide for his family. In his free time Robert loved coaching his son’s baseball teams and going to his games, bowling in his many leagues, watching NASCAR races, cheering on his favorite teams; the Detroit Lions, New York Yankees, and Pittsburgh Pirates, collecting baseball cards and movies, putting together model trains and tanks, and all things lighthouses. Robert was a true family man through and through. He was a great father and grandfather and the lessons he passed on will forever be remembered. He was always there for those he cared about with an extended arm and a helping hand and always gave the right advice. He also had a sense of humor that could lift the spirits of any room. He will certainly be missed by all whose lives he has touched.

Robert is survived by his two children, Michele (Jose) Contreras of Northglenn, CO and Matthew Moseley of Clifton Park, his grandchildren, Brian and Brendan Contreras, his sisters, Mary Krage of Eagle Mills and Louise Bradley of Daytona Beach, his best friend Paul Miller, his former wife and lifelong friend Jeanne Moseley, and by several nieces and nephews. He was preceded in death by 3 grandchildren; Ashley, Jacob, and Derek.

Relatives and friends are invited to visit with Robert’s family from 4 to 7 PM on Tuesday, April 20, 2021 at Bowen and Parker Bros. Funeral Home, Latham. A funeral service will take place Wednesday morning, April 21, at 10 AM at the funeral home. Interment will follow in Memory Gardens, Colonie.
Read Less

To send flowers to the family or plant a tree in memory of Robert H. Moseley, please visit our Heartfelt Sympathies Store.

Receive notifications about information and event scheduling for Robert

We encourage you to share your most beloved memories of Robert here, so that the family and other loved ones can always see it. You can upload cherished photographs, or share your favorite stories, and can even comment on those shared by others.

Christopher, Debra and Michael Lashwa., Paul Miller and Kelly, and other have sent flowers to the family of Robert H. Moseley.
Show you care by sending flowers

Christopher, Debra and Michael Lashwa. purchased flowers and planted a memorial tree for the family of Robert Moseley. Send Flowers

Posted Apr 18, 2021 at 11:28am
Aunt Jeanne, Michelle and Matthew - Very Sorry for your loss and my sympathy for what you are going through during these times. Memories! 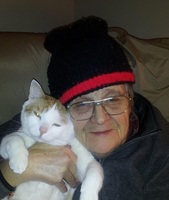 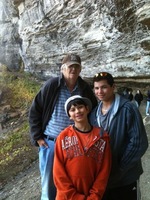