To share your memory on the wall of Katherine Cholakis, sign in using one of the following options:

Katherine was born in Washington, D.C., the daughter of the late Christos Evangelos and Urania (Duni) Buas, who emigrated to the ... Read More
KATHERINE C. CHOLAKIS, 84, of North Greenbush, New York, died peacefully at home on Sunday, April 18, 2021.

Katherine was born in Washington, D.C., the daughter of the late Christos Evangelos and Urania (Duni) Buas, who emigrated to the United States from Drymades, Himara, Albania in 1935, and the beloved wife of 48 years of the late Thomas G. Cholakis.

Katherine was the much loved mother of Nia (John Aretakis) and George (Evangeline) and is also survived by her siblings: Elaine Buas of Silver Spring, MD, Anastasia Ruocco of Baltimore, MD and Evangelos Buas (and the late Diane Buas) of Silver Spring, MD.

Katherine was the proud grandmother of her cherished grandchildren, John, Katherine “Kady” and Matthew. They were the true lights of her life and she adored and loved them “to the moon and back”.
Katherine was the dear daughter-in-law of the late George and Katina Cholakis of Troy, New York, the dear sister-in-law of Nicholas (and the late Helen) Cholakis and Dassie (and the late Con G.) Cholakis. She is survived by many nieces, nephews, cousins and friends.

Katherine was the first of her family to be born in the United States. As the eldest, she helped raise and nurture her three younger siblings and her four cousins who shared the same home, which is now an embassy on 16th Street and Military Avenue in Washington, D.C. She also watched over other younger cousins from her family’s village in Albania who had also settled in Washington, D.C. Decades later, her siblings and cousins still lovingly refer to her as the matriarch of the family. Katherine was the first in her family to attend school in America. Even though she did not initially speak English, her warmth and engaging personality endeared her to her classmates and she quickly became a popular member of the graduating class of Calvin Coolidge High School in 1955, where she excelled academically and socially. She graduated with a major in Business, and served as class President, Vice President, Secretary and Treasurer, and proudly represented her school as Cheerleader and member of the Spanish Club.

Upon graduation, she followed a calling to serve her country by working for the U.S. Navy in Washington, D.C. She reminisced over the years how proud she was to have worked as administrative staff support on the Polaris Missile project. When the Admiral in charge of the project asked her opinion on the missile launch trajectory, Katherine voiced her thoughts and the rest, she liked to say, is history.

She was a long time communicant of the St. Basil Greek Orthodox Church in Troy and member of the Ladies Philoptochos Society. She worked tirelessly for many years on the St Basil annual Greek Festival committee, heading a group that made delicious Finikia, a type of Greek pastry, for their festival. In her family’s opinion (and an opinion shared by many), she made the best Pastitio from her mother’s legendary recipe.

When returning to the workforce after raising her two children, Katherine was an editor of the Albany-based magazine, Woman’s Locally and thereafter an Executive Administrative Secretary for NYS Assemblyman Glenn Warren and Assemblyman Will Stephens for twenty plus years, where she retired in 1999.

Katherine was a very caring and giving person to all who knew her and was very generous to charities special to her.

A special thank you to Kathy Allen and the North Greenbush Ambulance Association and to Dr. Kevin Costello for his tireless commitment to fulfilling her end of life wishes. Through his efforts and the efforts of the Albany Medical Center CCU Unit, Katherine was able to spend her remaining days at home with her family.

Calling hours will be held on Friday, April 23, 2021, at Parker Bros Funeral Home, 2013 Broadway, Watervliet, NY from 4-7 p.m. with the Trisagion memorial service to be held at 7 p.m. Due to COVID restrictions, funeral services will be private (www.stbasiltroy.com/live-stream) and held on Saturday, April 24, 2021, at St. Basil Greek Orthodox Church, 909 River Street, Troy, followed by interment in the Elmwood Hill Cemetery, 51 Belle Avenue, Troy.

In lieu of flowers, donations may be made in her memory to St. Basil Greek Orthodox Church, 909 River Street, Troy, NY 12180. (www.stbasiltroy.com/giving)
Read Less

To send flowers to the family or plant a tree in memory of Katherine Christine Cholakis (Buas), please visit our Heartfelt Sympathies Store.

Receive notifications about information and event scheduling for Katherine

We encourage you to share your most beloved memories of Katherine here, so that the family and other loved ones can always see it. You can upload cherished photographs, or share your favorite stories, and can even comment on those shared by others.

Flowers were purchased for the family of Katherine Cholakis. Send Flowers

Posted Apr 22, 2021 at 01:38pm
Nia, George & Family. Our deepest sympathy for your loss. Our thoughts and prayers are with you. With Much Love, Ken, Bob, Jim Bozza and Family.

Flowers were purchased for the family of Katherine Cholakis. Send Flowers

Posted Apr 21, 2021 at 02:11pm
In fond memory of Katherine Cholakis. Our deepest sympathy to Nia and George and family.

Susan Kitsoulis & Stephen Chapman purchased the Dreams from the Heart Bouquet and planted a memorial tree for the family of Katherine Cholakis. Send Flowers

Posted Apr 21, 2021 at 07:35am
Dearest Nia, John and Family: Jil and I extend our deepest sympathies for the loss of your dear mother. It is surely a difficult loss, but you will always find strength and comfort knowing that she is watching over you all in heaven. Remember to keep her in your heart now and always, and her love for you will always be felt. Jim and Jil Denn, Guilderland, NY
Comment Share
Share via: 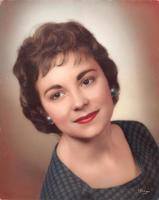