To share your memory on the wall of Gerald Beston, sign in using one of the following options:

Jerry was a 1965 graduate of Watervliet High School. He worked at Leo Pelletier’s Service Station on 19th St. & 4th Ave. for a brief time before serving honorably in the US Army during the Vietnam War before being discharged in 1971.

He was appointed to the Watervliet Police Department in 1971 and served the citizens of Watervliet for over 36 years, becoming the Police Chief in 2003 and retiring as Chief in 2007. He was the epitome of what community policing was all about. For many years, he was a partner on the job with his brother Bob. He was known and loved by every person in Watervliet. His fellow officers respected him and they always knew he had their back. He often could be found working security after hours at bingo at the Watervliet Elks or volunteering every year at the Our Lady of Mt. Carmel Bazaar. In later years, he volunteered with his brother Bob and crew in the kitchen at many fundraisers in the city.

Following his retirement, Jerry began working for over 10 years at the Parker Bros. Memorial in Watervliet as a trusted associate assisting and guiding families through their grief with a warm hug and a friendly smile.

Jerry was also found every morning at 6 am at Acme Radiator in Watervliet making the coffee with his special friends, Dan and Tom Mancino and the gang for the coffee club.

He was a member of the Watervliet PBA and the Watervliet Lodge of Elks. He enjoyed buying and selling cars and trips to Hawaii, Aruba and the Maine Coast. Most of all, he loved his family and his community of Watervliet.

In honor of Jerry’s love for the kids of Watervliet, please consider a donation to the Watervliet Civic Center, PO Box 164, Watervliet, NY 12189.

To send flowers to the family or plant a tree in memory of Gerald E. "Jerry" Beston, please visit our Heartfelt Sympathies Store.

Receive notifications about information and event scheduling for Gerald

The insignias listed here may be subject to copyright and/or trademarked. Those copyrights and trademarks are owned by the respective organizations.

We encourage you to share your most beloved memories of Gerald here, so that the family and other loved ones can always see it. You can upload cherished photographs, or share your favorite stories, and can even comment on those shared by others.

Guaranteed hand delivery by a local florist
I

Posted Apr 22, 2021 at 04:27pm
To the family of Jerry,
Jerry was the BEST, a Gentleman to say the least and great friend, he will certainly be missed, our thoughts and prayers are with the Family at this difficult time. RIP Jerry we all loved you. Itsyboo he always called me. Love Ben and Cindy ❤️🙏🏻
Comment Share
Share via:
MS

Posted Apr 22, 2021 at 09:25am
Carol and family.. my deepest sympathy goes out to you. Jerry was a wonderful person, neighbor and friend. His kindness and love for others will not be forgotten. He will be missed by many. May you find peace in all the memories you shared. May he rest in peace. Love, Myra Seney
Comment Share
Share via:
JK

Posted Apr 21, 2021 at 03:03pm
Bob, I'm so sorry for your loss. Take solace in all of the great times you shared with Jerry.
Stay safe and healthy,
Jamie Kallner
Comment Share
Share via:
FV

Posted Apr 21, 2021 at 12:44pm
I THOUGHT JERRY WOULD BE OK THE LAST TIME I SAW HIM IN COHOES. I WAS SHOCKED TO SEE AND HEAR HE HAS PASSED. WHAT A GREAT GUY. HE REPRESENTED WATERVLIET IN EVERY GOOD WAY IN EVERYTHING HE HAD DONE. HE WAS THE GREATEST!
MY SINCERE CONDOLENCES TO HIS ENTIRE FAMILY. IT WAS MY PROUD HONOR TO HAVE KNOWN JERRY AND TO CALL HIM MY FRIEND. MAY HE REST IN PEACE. FRANK VALENTI.
Comment Share
Share via:
B

Posted Apr 21, 2021 at 07:08am
Mr Beston was one of kind. A very caring man . To the family i am so sorry for your loss. There will never ever be another Jerry Beston 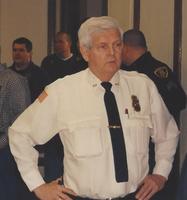 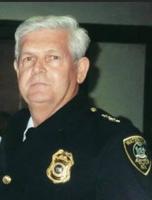 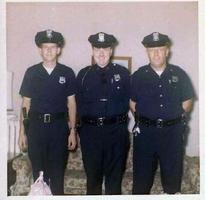